Awakening Doesn't Need To Be Rude 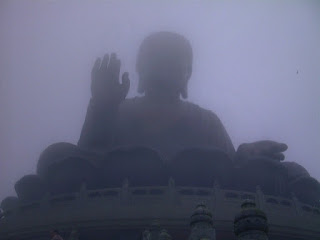 For some reason, I like this quote from the Way of Zen by Alan Watts.

"First, liberation is not revolution. It is not going out of one's way to disturb the social order by casting doubt upon the conventional ideas by which people hold together. Furthermore, society is always insecure and thus hostile to anyone who challenges its conventions directly.
To disabuse oneself of accepted mythologies without becoming the victim of other people's anxiety requires considerable tact. Second, the whole technique of liberation requires that the individual shall find out the truth for himself. Simply to tell is not convincing. Instead, he must be asked to experiment, to act consistently upon assumptions which he holds true until he finds out otherwise."

I agree. And hopefully...
as you point at the moon, people don't just stare at your finger.